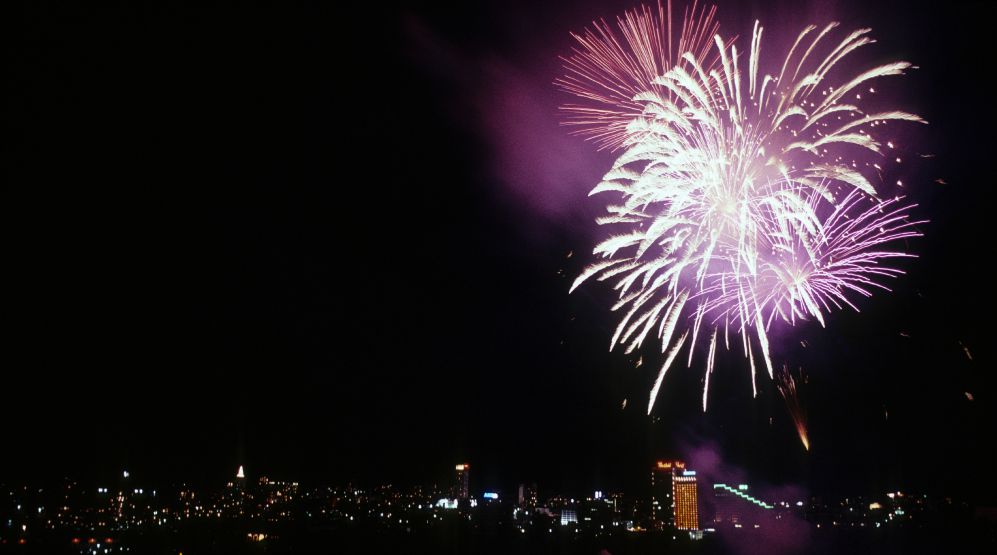 1978
After the success of their inaugural year, the Festival of Sydney returned, kicking off on New Year's Eve, with almost 200,000 people attending the Sydney Opera House celebrations.

After the success of their inaugural year, the Festival of Sydney returned, kicking off on New Year's Eve, with almost 200,000 people attending the Sydney Opera House celebrations. 1978 saw the beginning of Festival Dance Week, which featured local and international dance companies. Australian cinema was given a moment in the spotlight with a retrospective season of historic classics. Nimrod Theatre (which later became Belvoir) took audiences on a journey (literally) as they boarded ferries to Clark Island to see Treasure Island – a performance so successful they were invited back the following year to do it all over again.

There was street theatre, music and free outdoor entertainment aplenty in Hyde Park, and by the end of the Festival approximately one million people had visited the Hyde Park Village.

PACT's Do It Yourself Pantomime
PACT Theatre

Festival music for organ and brass

Festival of Rock, Surf and Spirit

Antique Doll Collection and Fashion Plates over the Centuries

Art in the Gardens

Photography in the Park

The Postal History of Sydney

The Work of the Uniting Churches of Australia

The Sun-Tooheys Festival of Sport

Films: Lost In The Bush and They Found A Cave

Paramount Classics of the '30s